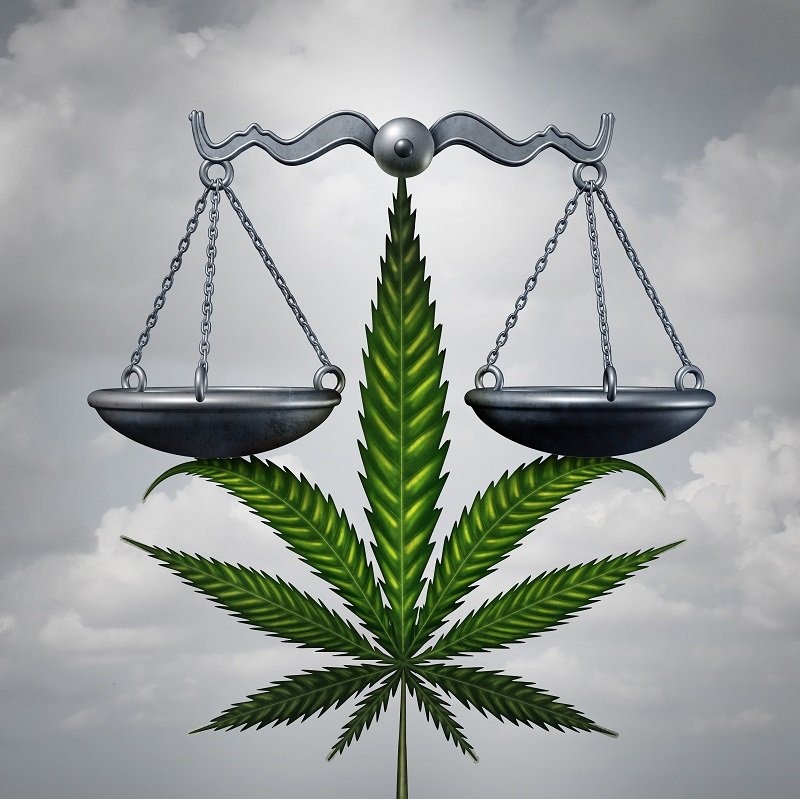 Medicanco may collect a share of sales or other compensation from the links on this page.

Have you ever wondered what you could get out of a half-ounce of weed? Or how long it will last you? What you do with your weed and how you like to smoke, or even eat it will be the determining factor here.

Half an ounce (14 grams) is equivalent to about a handful of weed. We are going to be looking into all the wonderful things you can do with half an ounce of weed and giving you tips on how to make it last that bit longer.

Weed is weighed on a special small scale. If you are purchasing weed from a dispensary, ask your assistant to weigh the weed in front of you before you pay to ensure you are getting the right amount.

There are some places that sell weed pre-packed and ready to go due to certain laws in some countries and states. Invest in a small digital scale to use at home and weigh up how much weed you are about to grind and mix with your tobacco. This is a great way of understanding how much weed you get through.

A quarter ounce of weed is enough weed to make you feel spoiled and ready for any occasion, without feeling like you are drowning in it (not that anyone would mind drowning in weed I’m sure).

A quarter ounce should see you nicely through 3 weeks without having to replenish your stash if you are smoking it alone. Of course if you share it with friends it may last a few days less, but smoking with others is part of the fun right!

If you have a quarter ounce of weed at your disposal then there is nothing better to do with it than to make edible cannabis treats to impress your friends. Most marajuana treats require about a ¼ ounce of weed to be used in the recipe, the high is much more potent when you eat marajuana rather than smoke it.

If you are into the idea of making weed treats, but don’t want to use the whole ¼ ounce on just the one recipe then a cool way to use your quarter ounce of weed is by infusing coconut oil with the cannabis. That way you have a ready made oil that can replace butter in space cake or brownie recipes and you can experiment cooking savory food with it too. Here is how to infuse your marajuana with coconut oil;

And there you have it, coconut oil infused with ¼ ounce of weed, ready to be used in cooking, baking and even as a skin care treatment.

Half Ounce of Weed

Did you know, if you were to roll half an ounce of weed into joints, you will be able to make about 50 joints. The best tobacco to weed ratio in spliffs and bongs is 50% weed and 50% tobacco. You might up the weed percentage slightly if you have a headache or you’re struggling to sleep, but other than that, 50/50 will do just fine.

Dab is a crystal like substance with a high concentration of THC. You can make dab by combining heat and pressure on a bud, resulting in it oozing a liquid resembling sparkly, golden honey. This liquid crystallizes and hardens resulting in dab.

Half an ounce of high quality, sticky weed will get you about 1 gram of dab. That is only if the weed is good quality and rich in THC, if not, your dab yield will be much lower.

Dab is so highly concentrated that it will take you a while to get through that gram of dab. You can smoke it in a special dab pipe, or sprinkle it into cigarettes, either way, if you’re looking to smoke your marijuana rather than turn it into food then this is a great way to use half an ounce of weed.

Cannabis butter, more commonly known as cannabutter, is a growing trend. You can use it to make food, similar to cannabis infused coconut oil that we mentioned earlier. You will get a hell of a lot of cannabutter from half an ounce of cannabis, 1 pound to be precise.